With a population estimated at approximately 5 to 6 million, this species (divided into several subspecies) is present all along the coasts of the northern hemisphere.

The females give birth to their young, once a year, after a nine-month gestation period. The baby seals are born on land and are able, after barely a few hours, to swim and dive. They feed on their mother's milk, very rich in fat content, for barely 3 to 4 weeks, during which period of time they double their weight!

When they lose their winter fur, Harbour Seals cease to feed for weeks. This behaviour is also known among some species of penguin during their moult (of feathers) – like, for example, the Jackass Penguins that can be seen at Pairi Daiza.

In Pairi Daiza, you can view thirteen harbour seals, at Cambron-by-the-Sea. The two latest arrivals, born in 2017 in the Jardin des Mondes, are called Bonie and Stich.

Closer to the animals

Be there when the harbour seals are being fed

In Pairi Daiza, you can be present when the harbour seals are being fed. Make your way to Cambron-by-the-Sea to see our animals as close up as possible as they come up on the beach and the pier to meet their keepers to...the fish they are offered.

Keeper
Working with the seals is a privilege. A mutual trust has developed between them and I and it gives me a sense of professional and personal achievement.

Discover other wonders at Cambron-by-the-Sea

The mysterious cabinet of the explorer 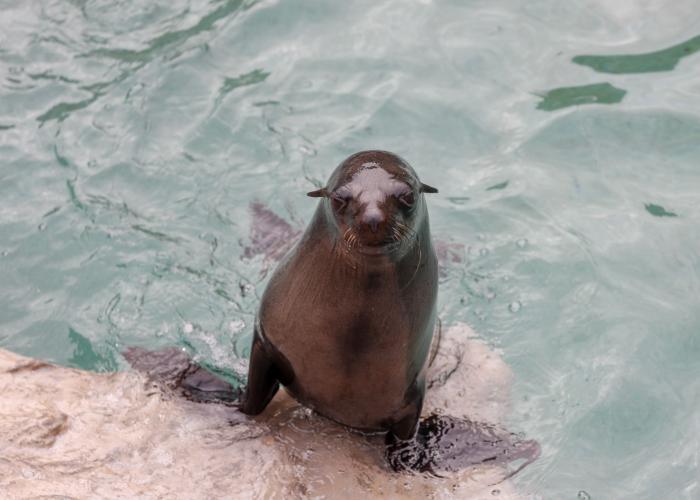