It can deploy that famous hovering

The American Kestrel is the “little cousin” of the Eurasian Kestrel. It can also deploy that famous hovering (“the Flight of the Holy Spirit”) in order to trace its prey.

This is a tiny raptor, measuring about thirty centimetres and weighing 80 to 160 grams.

It favours, just like the Eurasian kestrel, open spaces, meadows and savannahs and it also lives close to farms and even around cities, while being less adapted to urban life.

It can also be seen in remote places, even on mountains or in semi-deserts: this is easy to understand, considering its huge distribution area.

The American Kestrel nests in cavities: tree-holes, crevices and other cracks in rocky cliffs… not hesitating, in its capacity as a small raptor, to push out birds and little mammals which had already chosen residence in these places.

Its menu is varied, exclusively meat but composed of small animals: it likes everything, including insects.

You can discover the American Kestrel during the birds show. 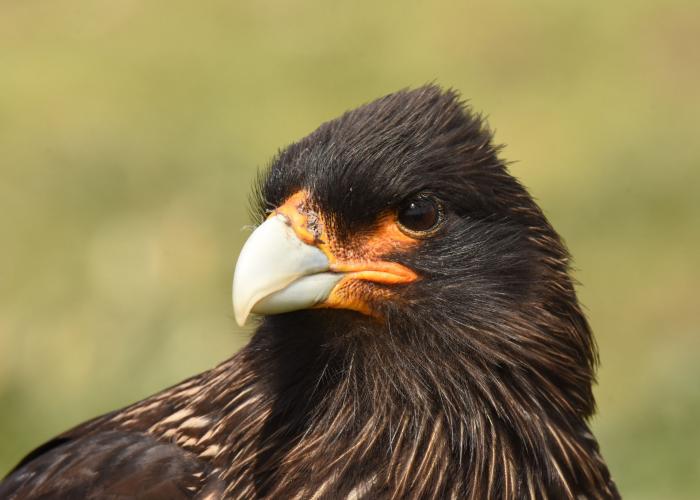