Get on board for the tour of the worlds

Set off in an authentic steam train, on a genuine old-fashioned railway track!

It has a 60 cm rail gauge, narrower than the “normal” size, with a genuine little steam locomotive pulling beautiful 1st class open cars behind it at a gentle speed of 7 km/hour. You will travel a circuit of more than two kilometres which crosses all of the southern part of Pairi Daiza, skirting the ponds, passing through the Australian world, the lemur island, from the volcanoes with the gorillas, and the hippo pool.

The line will then bypass the walls of the old abbey, skirt the savannah with the elephants and the great plain of the American bison and pass the Russian restaurant Izba and behind it, the Park’s seaplane, and the warehouse and train maintenance workshop (which you can visit and so discover the railway machines, tools and accessories, all period objects which are authentic and used as such by a team of aficionados of the lovely old-time mechanisms) before finally returning to disembark opposite the Brasserie de Cambron.

Pairi Daiza has acquired 6 old steam locomotives from across Europe. Four of these are still working. They are powerful but slow machines, designed for industrial use. Here in the Park, their slow speed is perfect for a pleasant tour, leaving room for daydreaming: there is nothing like a trip through the 'Jardin des Mondes'.

Of the six locomotives, three are of the same model, built in Poland in 1952, 1954 and 1957. They were used for logging and mining or for transporting sugar beet. The 1952 locomotive is currently being fully restored with parts from various workshops in Europe.

Two other locomotives were built by 'Henschel' in Germany and date from 1917. These beautiful engines, of the type "Brigadelok" and RIIIC, have been out of service for many years and then completely overhauled and adapted to current safety standards in English workshops. A marvel of industrial archaeology!

The showpiece of the Pairi Daiza collection is a Belgian locomotive from Hainaut, built in 1900! It was built by "La Société Métallurgique de Couillet", one of the major locomotive builders in Belgium with a worldwide reputation for know-how. It is back in Belgium after an absence of 122 years and is being fully restored.

Pairi Daiza was also recently able to save from scrapping some magnificent electric locomotives and their carriages, which ran on the Swiss network in the 1950s. Awaiting their future use, locomotive 514, a flat car and a closed wagon are on display on a section of metric track, in front of the large train workshop in the park.

The cost is separate from the price of admission

The construction of the Pairi Daiza Steam Railway line and the refurbishment of the locomotives represented an investment of time by a team of rail enthusiasts and a significant financial investment from Pairi Daiza.

The number of daily visitors to Pairi Daiza is significantly greater than the capacity of the train (136 seats per journey). Therefore, it was decided not to include the price of the train in the Park admission fee, so as not to penalise those who do not have the opportunity to enjoy it.

The steam train is a service that is charged separately from the admission fee.

Head of the Pairi Daiza Steam Railway
Ever since I was a young boy I have dreamed about steam locomotives. The noise, the smell, the steam of these old ladies during their travels in the heart of Pairi Daiza take us back in time... It's unique... 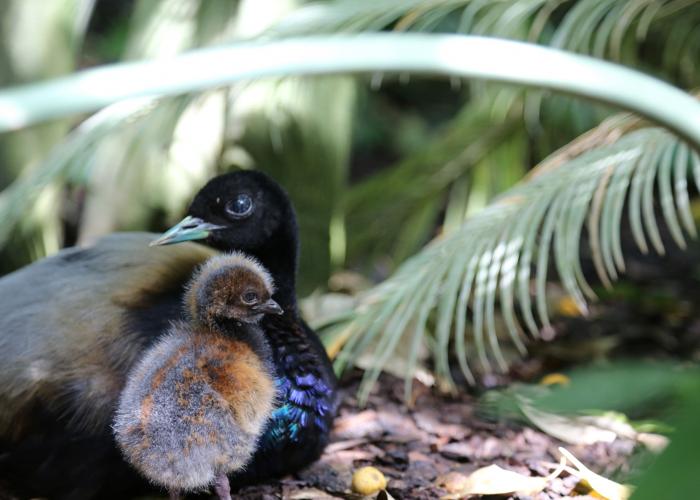 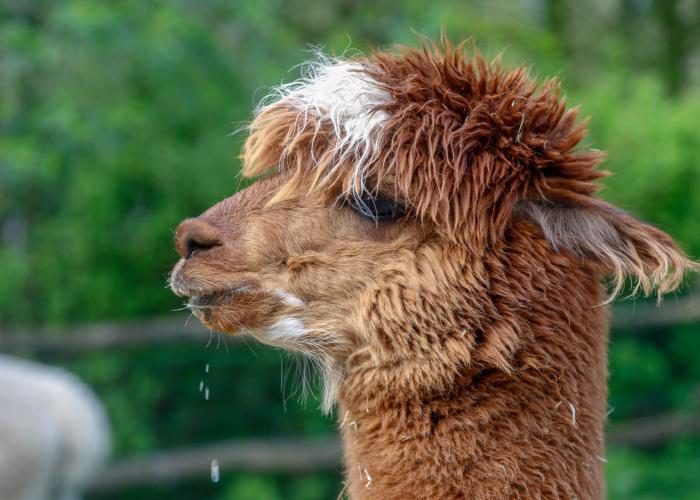