A part of the local population’s traditions

An hornbill from New Guinea

The Papuan Hornbill is part of the local population’s religious and mythological traditions. Its head, the beak and the tail feathers – have always been – and still are - incorporated into headdresses, earrings and feather ornaments.

In New Guinea, the men of the Dani and Asmat tribes use the upper part of the beak as “penis-shafts” called koteka.

The woodcarvers of the Asmat tribe in the south of New Guinea represent the species on their famous “totems”: large “Bisj poles” up to seven metres tall, carved in a single piece of tree trunks and found in every village of this area.

There is a marked sexual dimorphism in this species: the female has a black head and neck whereas the male is bigger and has a head and neck covered in russet-red and gold plumage.

When these hornbills fly in pairs, over the treetops, their calls and the rustling of their wings can be heard from far. 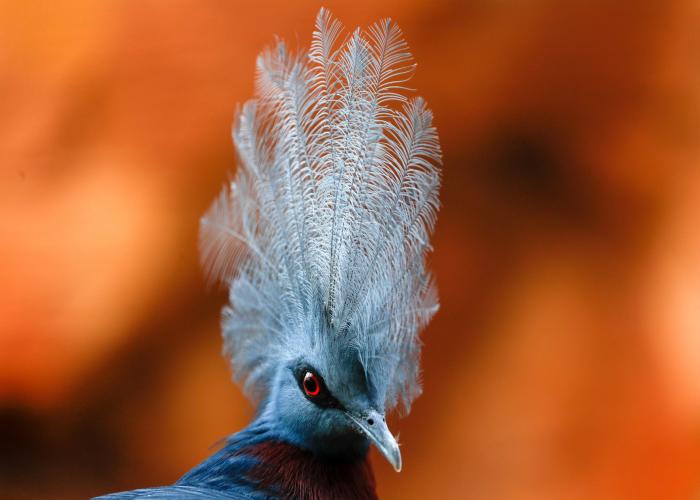 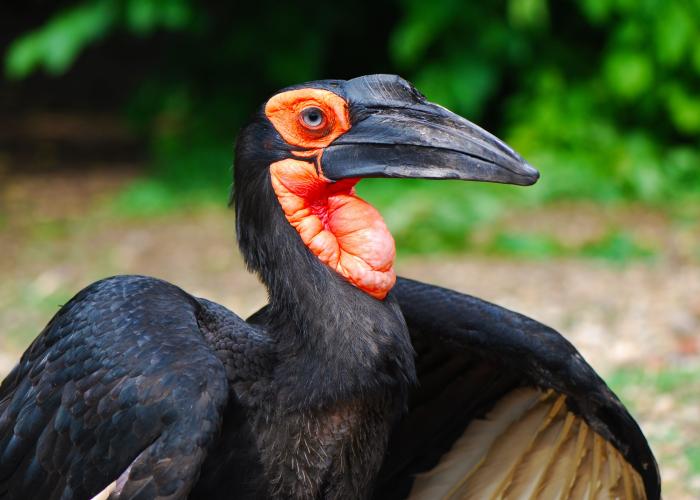