A small deer in danger

In case of danger, the Hog Deer runs, with its head hung low

The Hog Deer is a small species of deer measuring 70 cm to the shoulder and weighing about 50 kg. It gets its name from the hog-like manner in which it runs, with its head hung low so that it can duck under obstacles instead of leaping over them like most other deer. Although it sometimes lives in small groups, it does not form a cohesive herd. When in danger, the animals emit a kind of whistle or warning bark, then they flee in different directions rather than remaining as a group.

It lives on humid grassy plains, in foothills and along rivers, grazing on leaves, stems, buds and fruits. It is mainly active at dusk, but occasionally moves around during the day or even at night during the rainy season.

Its natural predators are the tiger, the leopard, the dhole (Asiatic wild dog) and even the Burmese python.

Actively hunted by man, the hog deer is probably extinct in southwest China, Vietnam, Laos and Myanmar. It still exists in Cambodia but its numbers are declining everywhere and it is classified as an endangered species. 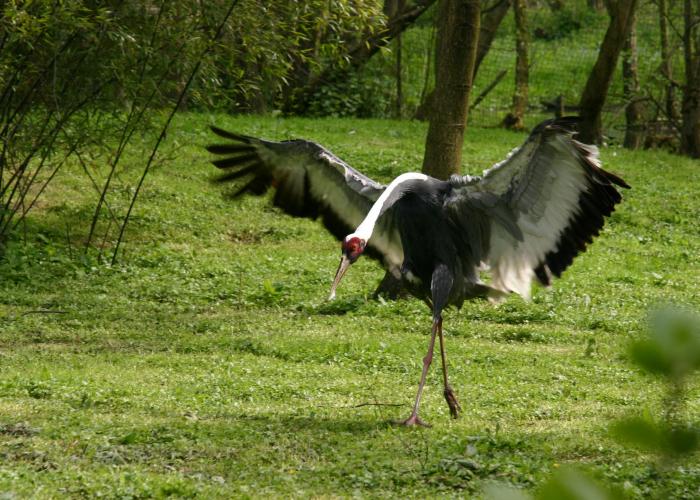