This small pigeon, grey and brown on its back, has the characteristic of having a crest of small vertical feathers on its head.

This crest is maintained in its position when the bird moves on the ground. Similarly, at the end of a flight, when the Crested Pigeon lands, both its crest and its tail stand upright, which make it look a bit odd.

These birds are gregarious and live in large flocks over the entire Australian continent.

The Crested Pigeon feeds essentially on seeds and, considering the agricultural development in Australia, this pigeon has conquered new territories and is, consequently, an extremely common bird.

Couples are formed after a very elaborate courtship dance performed by the male.

When the bird flies off, its wings produce a kind of characteristic whistling which is undoubtedly a way to warn other birds of the species of approaching danger. 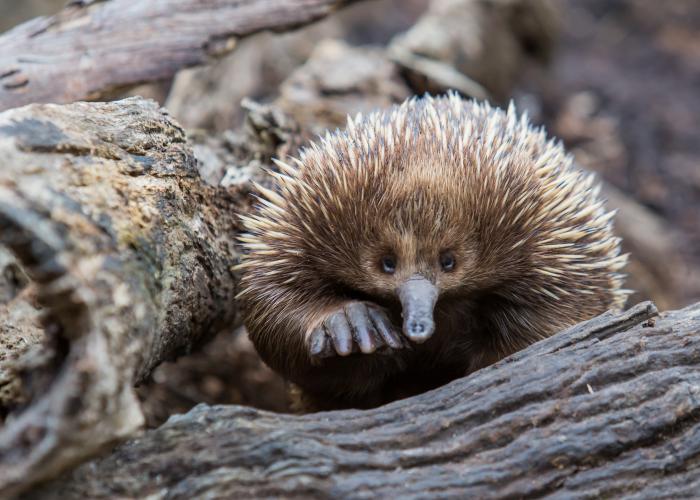