The man of the forest

In Malay “orang” means “man” and “Hutan” means “forest”: the Orangutan is actually a large primate that lives in the trees of the rainforest. There are three species of orangutan: the ones here in the park are native of Sumatra, the second one is less rare and native to the island of Borneo and the third one is the Tapanuli orangutan, that was only discovered in 2017.

The Sumatran Orangutan lives for about 50 years: the male is 1m40 tall and weighs 90 kg, reaching maturity at 15 years, developing powerful muscles and facial growths around the cheeks. The female, which is smaller, usually gives birth to her first baby at 15 years and will continue to look after it for years.

The Orangutan is an extremely intelligent animal and can use branches as tools to extract termites or open fruit. It communicates through gestures, not through calls, therefore using a genuine body language.

There remain only around 7,000 individuals in the wild: rapid deforestation, destruction of its habitat and poaching are unfortunately making it a critically endangered species.

Restoring the habitat of the Borneo orangutan

There are two families of Orangutans in the "Jardin des Mondes". On the one hand, Ujian, Sari, Berani and Mathaï. On the other hand, Gempa, Sinta, Moli and Jula. 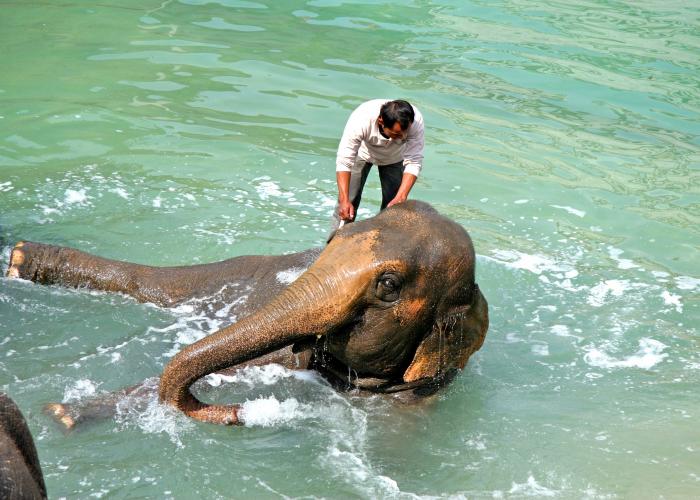