The largest of the 15 species of crane

The Sarus Crane is not only largest of the 15 species of crane, but it is also the largest flying bird in the world: it can reach a height of 1.8 metres.

Living primarily on the Indian sub-continent, there is also a subspecies in Northern Australia, undoubtedly resulting from a population that has migrated there in the past.

Its habitat consists of wetlands, marshes and rice plantations where it forages for food, which consists of every living thing in water: not only fish, amphibians and shellfish, but also plants.

Forming couples that are united for life, these birds perform each year highly elegant nuptial parades: hopping, dancing and beating their wings, they also utter very powerful cries which can be heard from far.

Their nests can be gigantic: an accumulation of branches and vegetation forming nests like little islands of 2 m in diameter.

The population of this splendid bird has declined a lot in recent years. 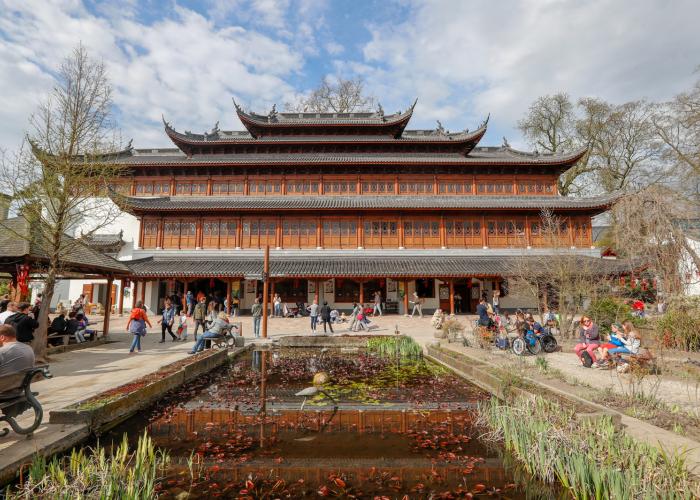