Red-crowned Crane One of the largest birds in the world

They live in small groups

The Red-crowned Crane is one of the largest birds in the world. Measuring approximately 1m50 in height, its wingspan of about 2m50 is also spectacular. The plumage is white, except for its neck, its face and the end of its wings, which are black. It has an area of bright red bare skin on the top of its head, which is reminiscent of the Japanese flag.

Living in small groups, the Red-crowned Crane is monogamous and couples form for life, after a highly elaborate courtship parade that is often depicted in the graphic art of Asia. This is a popular subject, especially in Chinese and Japanese paintings. The habitat consists of wetlands and deep marshes but it also needs dry meadows for building its nest.

Using the long beak, it harpoons its prey while walking in the water : insects, molluscs and shellfish, but also buds and berries, in season, when it migrates to Siberia and Mongolia. The Japanese population, for its part, does not migrate.

Cranes symbolise good fortune and longevity in Asian cultures. The species is unfortunately rare and therefore listed as “Endangered”. 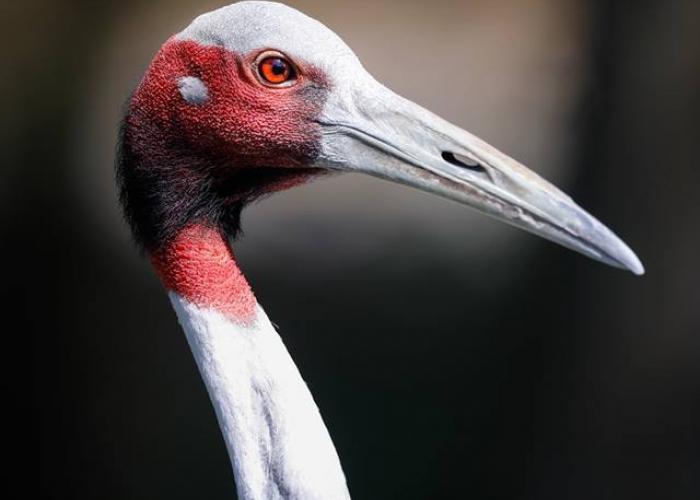 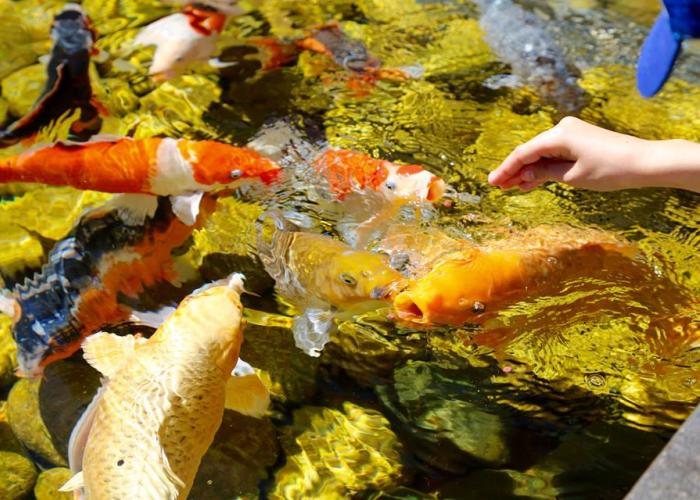