A smaller and discreter hippopotamus

Living in the forests, swamps and along the banks of the waterways, the Pygmy Hippopotamus is very endangered because of deforestation, poaching and also, undoubtedly, the civil wars that devastated those regions. It is estimated that the wild population does not exceed 3000 individuals, but in captivity this animal settles and breeds well. Although smaller than its cousin the common hippopotamus, it still weighs 180-270 kg and measures approximately 80 cm at shoulder height. The Pygmy Hippopotamus is unobtrusive and shy, which is why it was not discovered until the 19th century in the West. Its behaviour is more terrestrial than the one of the common species, but it also needs an aquatic environment to moisturise its skin, regulate its temperature and, incidentally, to feed. Coming out of the water at dusk, after eating water plants, it grazes on ferns and other leaves from deep tropical forests. It does not live in a group but is solitary or lives in a couple with only one calf because females rarely give birth to twins. Its life expectancy ranges from 30 to 50 years in captivity. 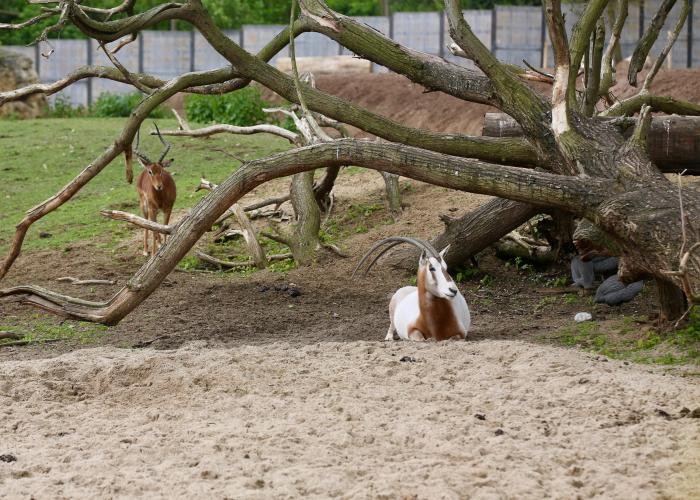 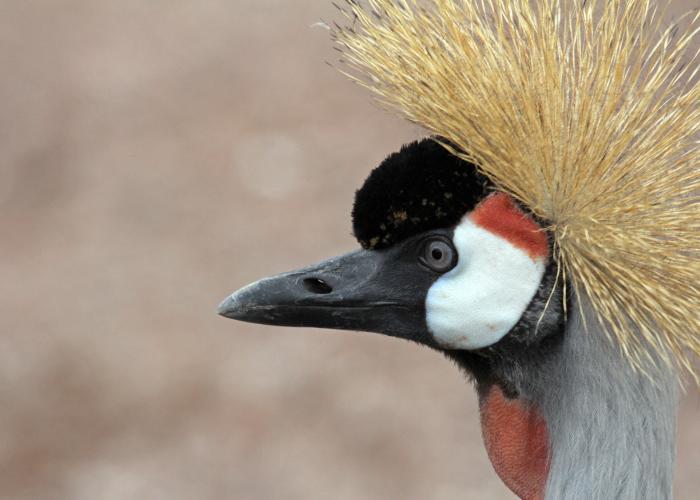