One of the most popular pets

A master of imitation

This is a bird which is distinctly able to say “Pretty Polly” as well as lots of other sentences and noises, which makes this parrot one of the most popular pets.

Very intelligent – at the same level as dolphins, chimpanzees and human babies - the Grey Parrot has been studied intensively. Some of them were found to have a vocabulary of 950 words but, moreover, were able to associate them logically, within the context! Capable also of coordinating actions (pulling on strings triggering a mechanism…) in order to obtain a morsel…

It is a master of imitation, not only able to repeat words, but all kinds of noises and tunes which have amazed people for ages.

Thus, the Romans assigned greater value to a talking African Grey Parrot than to a couple of slaves!

The wild population of the Grey Parrot has considerably suffered from the capture for the pet-trade caused by their talent: the species has become vulnerable. Fortunately, the bird is abundantly bred now in Europe and the US, which reduces the pressure on the wild population. 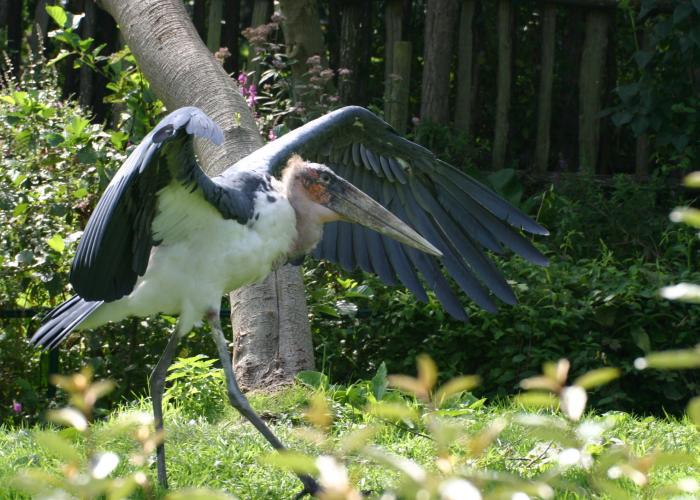