A ruminant of the subfamily of caprins

It resists the cold thanks to its impermeable fur

The Golden Takin is a ruminant of the subfamily of caprins (goats) which lives in the high mountains.

With its big muzzle (which helps to warm the icy air that it breathes) and its little backward-bending horns, it resembles the African wildebeest a little.

Its coat varies from white to beige-brown almost black but the subspecies in Pairi Daiza, of Chinese origin (Sichuan and Shaanxi), has beautiful golden yellow fur: perhaps the myth of the Golden Fleece sought by Jason and the Argonauts is based on that of the Golden Takin!

Being more than two metres long, with a shoulder-height of 1m30, and weighing up to 350 kg, this large mountain goat is extremely resistant. Living at altitudes of 6,500 to 13,500 feet, Takins move around in small herds in winter, which are more numerous in summer: sometimes 100 animals.

Resisting the cold thanks to its impermeable fur, lubricated by oil that is secreted by its skin, its fur can be 25 centimetres thick on its throat and neck. The Takin’s main predator is man, who hunts it for its meat and its fur. The species is classified as “Vulnerable”.

One male (Pchan-Ku) and two females (Wei and Yein) are visible in our “Jardin des Mondes”. You can also observe 2 babies born in 2020 in Pairi Daiza. 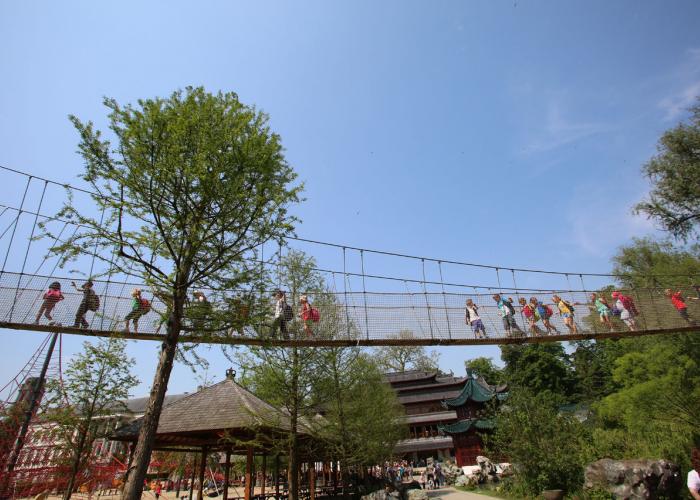 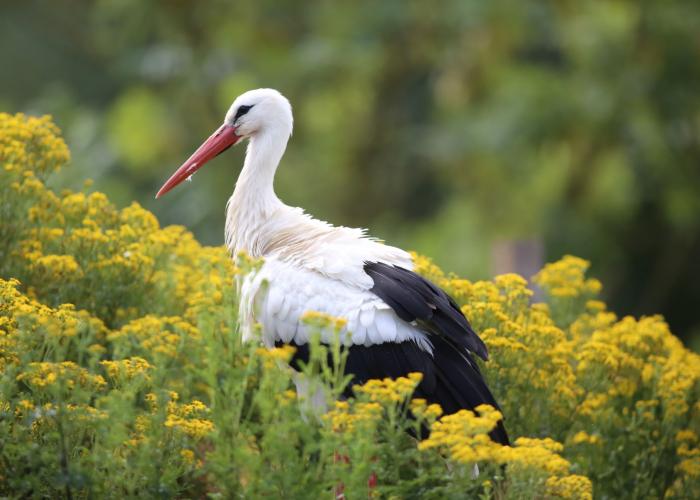